This section considers the current ICAO flight planning provisions for navigation and provides awareness of the future flight plan changes. 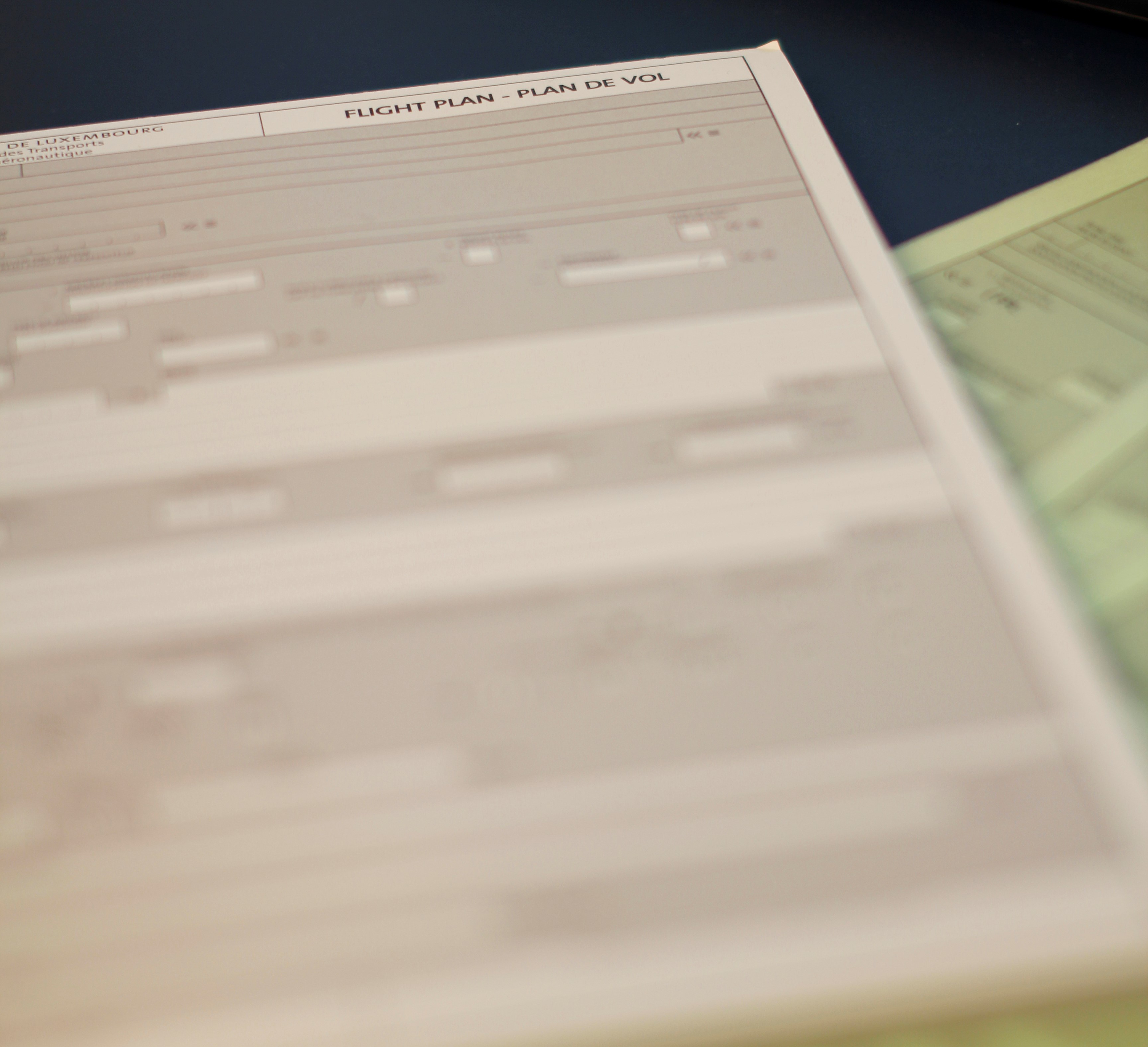 The FPL provides details on the aircraft, including registration, category and equipment.  The FPL also provides the ATM system with the planned management of the flight as follows: 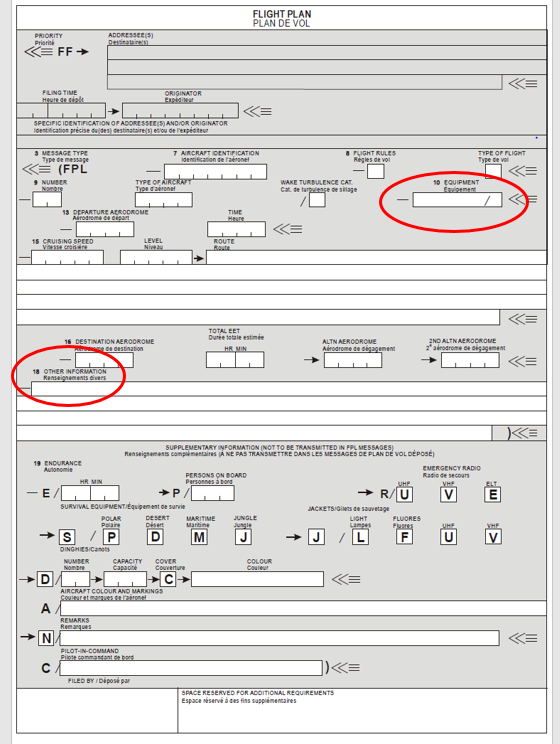 In 2012, the FPL underwent a major change to the syntax filling out this standard form.  These changes reflected technological advancements and provided the ATM system more visibility on the technical capabilities of the aircraft.  The primary areas of change were in Item 10 (Equipment) and Item 18 (Remarks).  The sections below will discuss these changes.

This page focuses on the changes that effect the Navigation domain.  It is important to note that these changes were not the only ones made and you should refer to Procedures for Air Navigation Services — Air Traffic Management (PANS-ATM, Doc 4444) to see all the relevant changes. 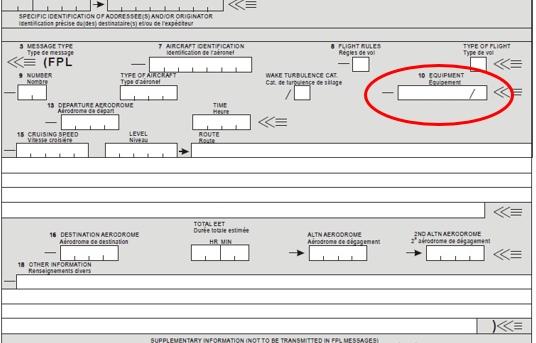 Item 10 is where information on aircraft Equipment and capabilities are listed.  When FPL 2012 was implemented, two significant changes took place in Item 10 in terms of indicating navigation capabilities.

Firstly, the indicator ‘R’, which had previously indicated that an aircraft was approved for the European application called Precision Area Navigation (P-RNAV), was altered.  ‘R’ now indicates that the aircraft, and flight crew, are PBN approved.  Filing ‘R’ in Item 10 requires the PBN details to be listed in Item 18.  Failure to do so will mean that the FPL is rejected.

Secondly, the Automatic Direction Finder (ADF) which is the airborne receiver for the NDB was removed from ‘Standard Equipage’ designator ‘S’.  Whilst a code for ADF still exists the flight crew or dispatcher must list this specifically in Item 10.  PANS ATM (ICAO Doc 4444) provides information on the equipment and capabilities codes.

A factsheet on the requirements of Item 10 and Item 18 and what to file can be found on the following flyer. 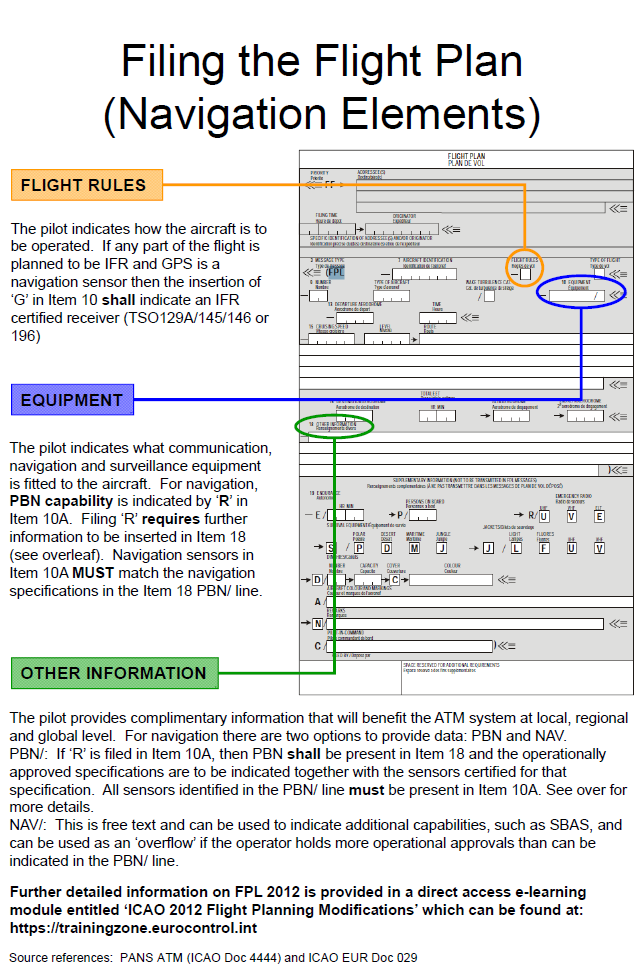 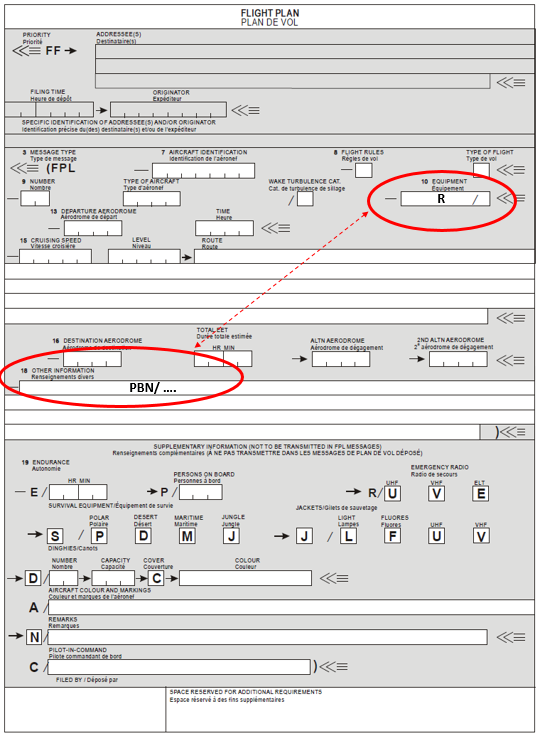 the operator places 'R' in Item 10, indicating that the aircraft and flight crew are PBN approved, then information on the PBN approvals must be filed in Item 18 (Other Information).  This information is started by the indicator PBN/.  If the Flight Planning System detects R in Item 10 but there is no associated PBN/ iformation in Item 18, the FPL is automatically rejected.

Below are the current PBN codes published indicating the navigation specification together with the associated sensor.  The filing of the code indicates that the aircraft is certified and the crew is operationally approved to that navigation capability. 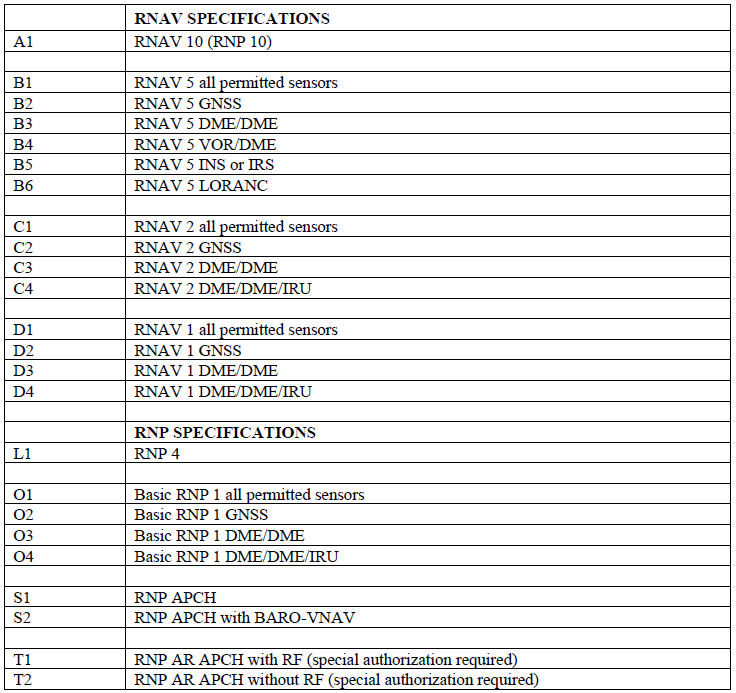 Detailed web-based training for pilots and flight dispatchers can be found on Eurocontrol's Training Zone.  This training can be accessed by selecting the link below. 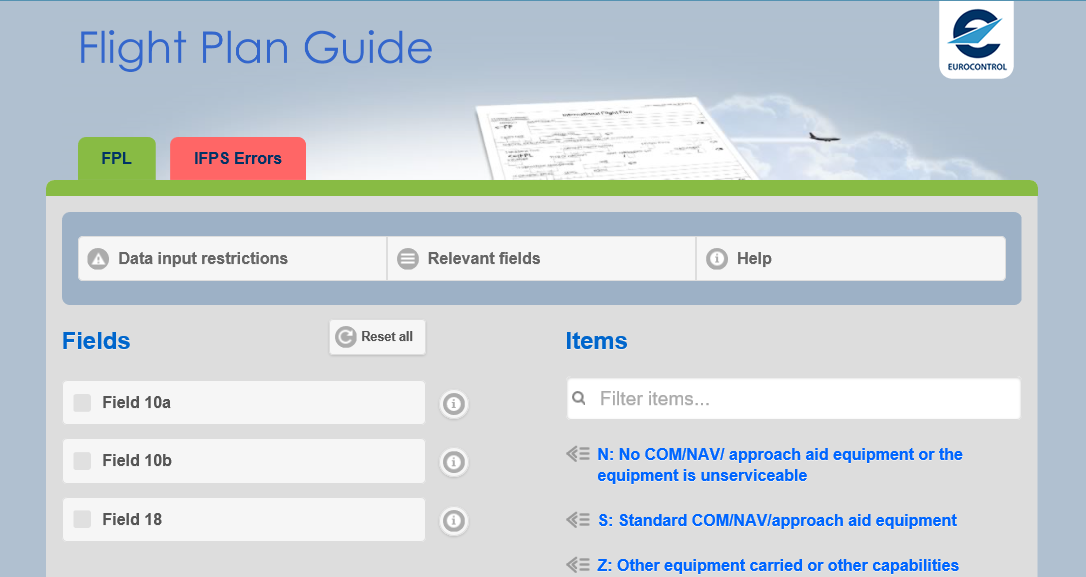 What is missing for European PBN?

At the same time that Flight Plan 2012 was introduced, the PBN Manual was also updated introducing new Navigation Specifications and additional functionalities.  Unfortunately, these were not captured and the ICAO ATMRPP and PBNSG are trying to resolve these issues prior to the full implementation of FF-ICE.

The three ‘new’ specifications introduced in 2013, RNP 2, RNP 0.3 for rotorcraft and A-RNP, do not have Item 18 codes published.  In addition, the RF path terminator was made more accessible to support terminal operations outside the final approach segment by being permitted to be applied to any terminal RNP navigation specification; the use of RF with RNAV is not promoted or recognised by ICAO.  To compliment the RF, the Fixed Radius Transition (FRT) was also added as a functionality which could be applied to any RNP specification utilised in en-route operations.

The PBNSG developed a list of the different functionalities and navigation specification options that could be applied in any PBN application.  The table to the right is still under discussion and has not been adopted by ICAO; however, it is provided to allow the reader the understand what is lacking in the current flight plan to support future European operations.  Without a flight plan update then we will be forced to wait until the future flight plan, FF-ICE, is fully implemented globally.

The draft proposal would see several Item 18 codes deleted either because they are inconsistent with existing PBN operations, or because the Navigation Specification has changed; for example, Advanced RNP.  Furthermore, new codes proposed for addition to PANS ATM under Item 18 - PBN/… with the aim of aligning the codes to the PBN manual and, at the same time, an additional Navigation Specification (RNP AR DP) is being introduced into Edition 5 of the PBN manual (ICAO Doc 9613).

It is expected that the applicability of FF-ICE will be in 2020.  However, due to the significant changes that Flight Data Processing Systems (FDPS) will have to undergo, the roll out may take time and Service Providers and Airspace User can expect a mixed mode of operation at the start.