The principle of ranging is to measure the time difference between the time of arrival of a given signal and the time this signal was radiated, bearing in mind that the propagation speed is known and equal to the speed of light.

The main limitation with this technique, in classical electronics, has been that if the receiver and transmitter clocks were not synchronised, due to design limitations, then the range calculation would be erroneous.

To resolve this problem, in classical ranging systems, the time taken for the signal to travel over the unknown distance is measured from the same point as the signal is transmitted; this technique is known as RADAR (RAdio Detection And Ranging) and is used for a wide variety of applications.

With RADAR the distance between two points can be made passively or actively depending upon the role of the interrogated point (called the “target”).  Passive ranging occurs when the reflected signal is used to measure the range (this is commonly known as ‘independent’) and active is when the target responds (or replies) with its own signal transmitted on a different frequency (commonly referred to as ‘dependent’). 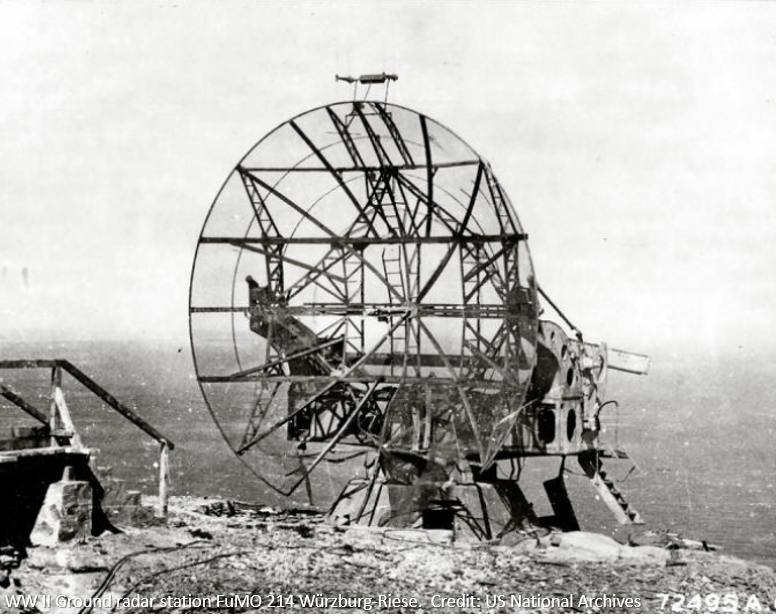 DME provides a slant range distance from the ground station.  To estimate a position the user either requires an associated bearing or further ranging sources; to derive an unambiguous position estimation using range only, 3 ranging sources are required. 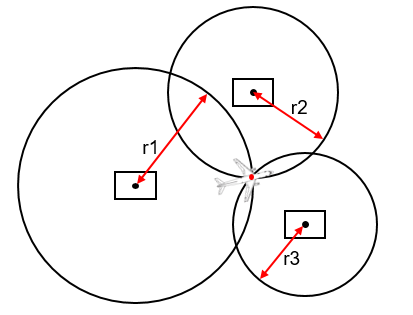 In modern avionics, the computer can derive a position estimation from a pair of DMEs using ‘history’ and logic to exclude the ‘point of ambiguity’.  The precision of that position estimation is based on the NSE from each DME station and the angle subtended between the two signals at the aircraft.

There will be a difference between the estimated range and the true range from each DME station.  Depending on the ‘angle of cut’ between those signals, the precision in estimated position will either be high or low; this is referred to as the ‘Dilution of Precision’ (DOP).  When the angle subtended between the signals is close to 90° then the DOP is high (a good position estimation) and when the angle subtend is close to 180° the DOP is very low (a poor position estimation).  To that end, the avionics will only process a DME/DME solution from a particular pair of DMEs when the angle subtended is > 30° and < 150°. 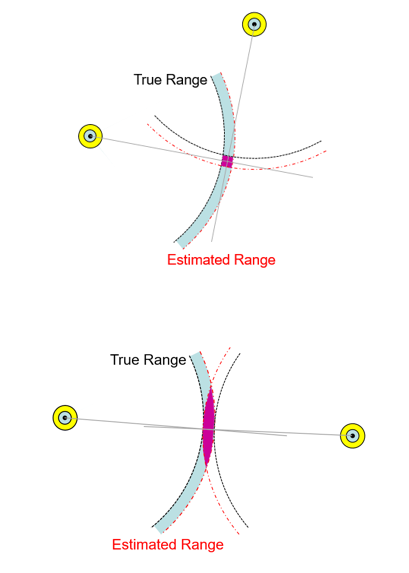