What is a STAR, what is a Transition?

Officially, there is no definition of “Transition” in ICAO. 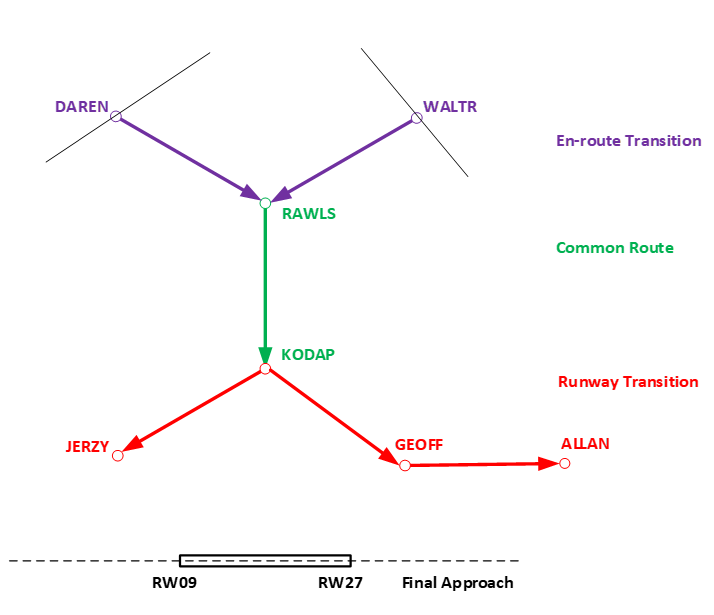 ARINC 424 database coding standard allows, for coding purposes, a STAR procedure to break up in three components as illustrated in the picture below: an En-route Transition, Common Route and Runway Transition. This is useful in case there exist multiple arrival routes which all have a common route element. These can be considered as one STAR with a common route element (which has to be coded only once in the database) and with several en-route transitions connecting to the common route element.

The pilot will have a page in the Multi-purpose Control and Display Unit (MCDU) in which he/she can select the STAR (coded as a common route) and the En-route Transition, as illustrated below. Note that on the flight deck, the Runway Transition for a particular STAR is automatically selected when selecting the runway. 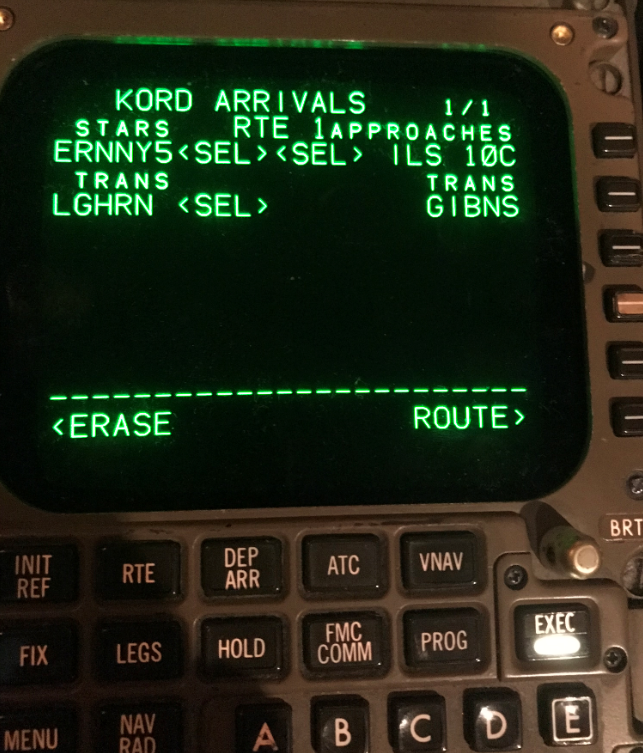 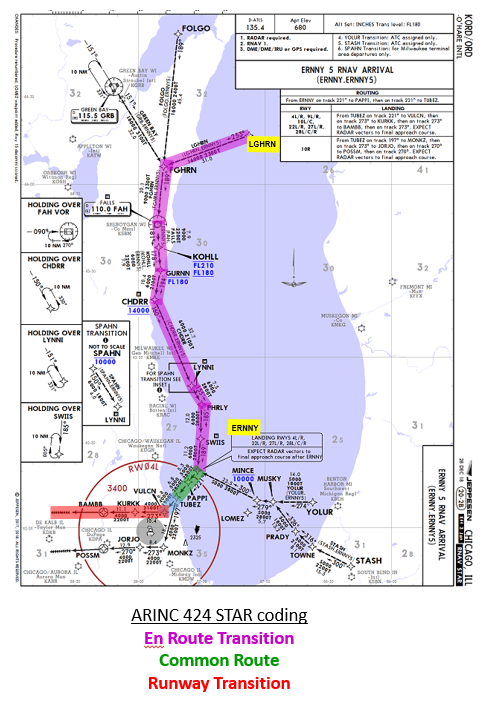 It is to be noted that the designation of this STAR is based on the start of the STAR common route (ERNNY) which is not in accordance with the ICAO provisions in Annex 11, Appendix 3.

For more information on this topic, a EUROCONTROL discussion paper entitled 'What is a SID/STAR, what is a Transition?' can be found here. 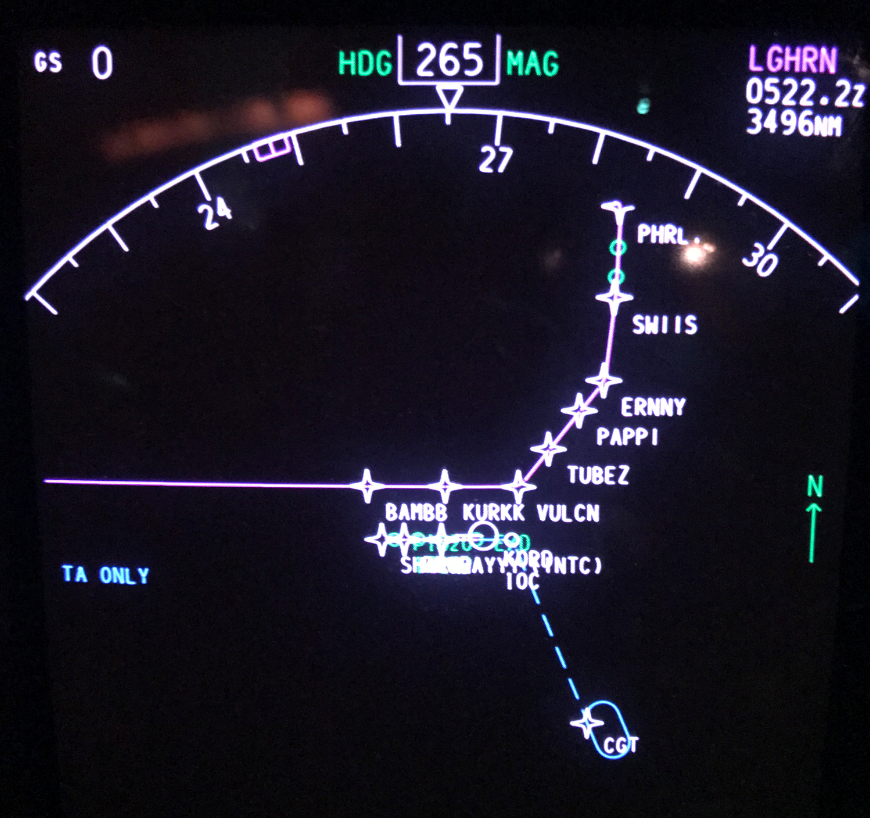 STAR procedures can link to the Initial Approach Fix, Intermediate Fix or even the FAF of an instrument approach procedure. STAR procedures can also have an open ending. In this case the last path terminator of the STAR will usually be a FM (Fix-to-Manual-Termination) leg. On the Navigation Display in the aircraft (as well as in the flight plan list in the Multi-purpose Control and Display Unit) there will be a discontinuity at this open ending, which means that the aircraft will not automatically transition to a next leg. When reaching the open end of the procedure, the aircraft will maintain its current track until flight crew action.

A typical example of an open STAR is a STAR which puts the aircraft in a downwind leg. Reaching the open end of the STAR, the aircraft will continue flying the downwind track, until it is cleared by the controller to turn towards an approach intercept heading.

There are pros and cons regarding open and closed procedures. Many viewpoints depend on the role of the user (e.g. pilot or controller). The following points are based on observations of what most pilot / controllers would think:

A closed STAR will have the benefit that the distance to threshold is unambiguously defined which will allow the Flight Management System of the aircraft to compute a vertical path upstream from the threshold and indicate a Top of Descent point in the procedure, which is convenient for flight crews planning their vertical navigation and aircraft energy management.

Controllers may prefer open STARs which have the following two benefits: the controller does not need to issue a “maintain current heading” instruction when the aircraft is at or before the open leg of the STAR. Additionally there is no risk that the aircraft will unexpectedly start turning towards a subsequent leg in the procedure.

In case of an open procedure, including an altitude constraint in the procedure before the open ending might be an aid to flight crews for their descent management.

Not only STAR procedures but also initial approach procedures can have an open ending. Below is an example of an initial approach procedure ending with a FM (Fix-to-Manual-Termination) leg at DM459. Note that there are a couple of discrete waypoints aligned with the final approach axis on this chart, one of them being NELBI which is the Final Approach Fix (FAF). A typical coding example would contain a CF (Course-to-Fix) leg into NELBI as a last path terminator of this procedure. 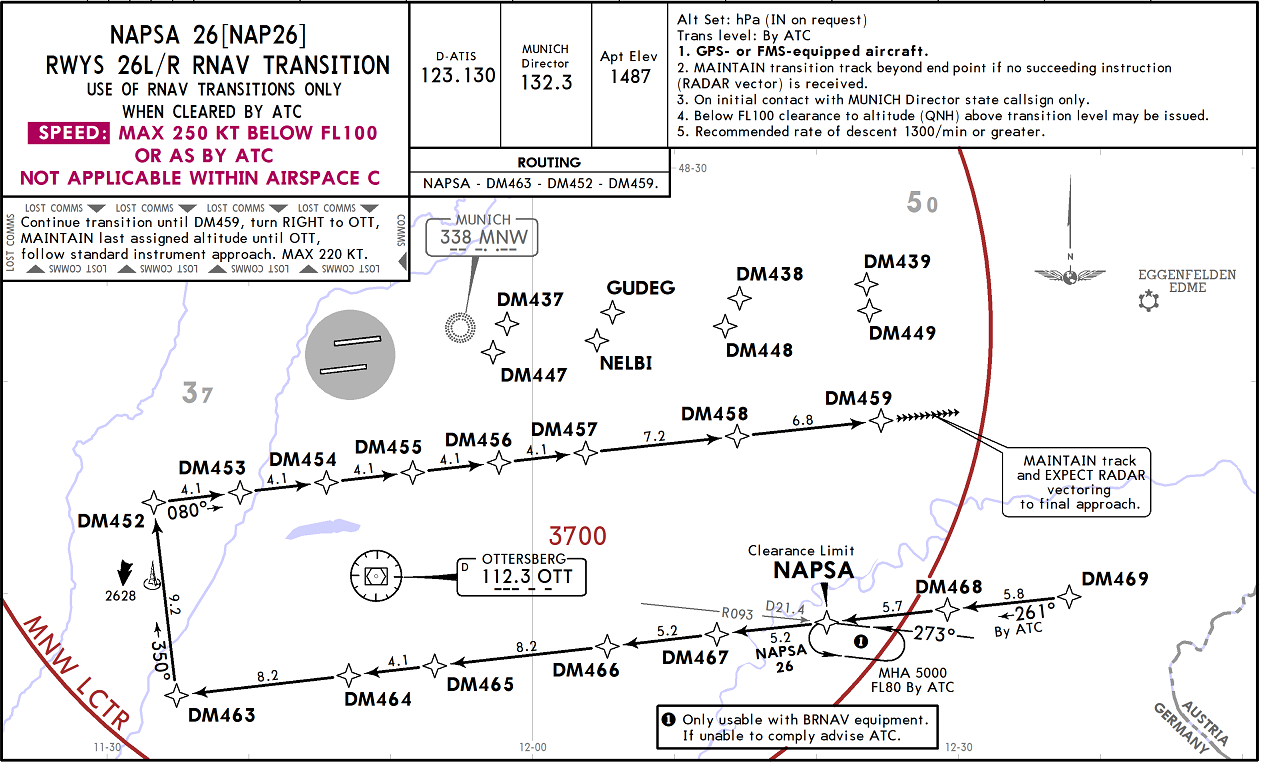 One of PBN’s important benefits is the flexibility it provides to airspace planners in placing arrival routes such as STARs or instrument approach procedures. Whilst area navigation techniques underpinning PBN is what enables this flexibility, the aircraft’s performance along published routes is provided by the prescribed RNAV and RNP specification on the route.

Pilots generally prefer PBN arrival procedures because they permit the better management of flight profiles, which benefits flight efficiency and mitigates environmental impact. Furthermore, on closed procedures, the pilot knows the distance to touchdown, which is particularly useful for flight efficiency and fuel saving.  If asked to name one thing that they do not like about PBN arrival procedures, they would most likely answer that the flight paths do not appear to be the shortest distance to run.

Air Traffic Controllers offering a surveillance service remain inclined to vectoring traffic, particularly in the terminal areas – even though published arrival procedures have existed for decades (based on conventional Navaids and now PBN). Discussions with controllers suggest several explanations for this ‘preference’ for vectoring:

Acknowledging professional tendencies and preferences, a reconciliation of different approaches must occur. As air traffic increases, traffic is more easily managed when routes are systemised and pre-defined – and traffic is permitted to fly as per the published route. What is clear, however, is that real-time switchovers from aircraft flying on published procedures to vectoring and back again are challenging for pilots whose workload can increase, as can the controllers who may have to affect more coordination. So in general terms, it is fair to propose that once an aircraft has been taken off a PBN procedure and vectored, it should continue to be vectored to the final approach path where it can continue its approach.

The picture to the right illustrates the Multi-purpose Control and Display Unit (MCDU) of an A320 with speed and altitude constraints (indicated in magenta colour) loaded from the database into the flight plan.

Only if the controller explicitly cancels all or specific altitude and/or speed constraints which are published on a particular SID or STAR, they can be disregarded.

The applicable phraseology to be used for this explicit clearances and expected flight crew reaction can be found in ICAO Doc 4444 (PANS-ATM), Sixteenth Edition, 2016.

An extract from PANS-ATM for clearances on a SID can be found here.

An extract from PANS-ATM for clearances on a STAR can be found here.

Where possible, ATC should avoid a late change of clearance as it will increase the workload on the flight deck.  This is because a late clearance issued by the controller requires the flight crew to first identify the specific procedure chart, then call up that procedure from the navigation database, then confirm that the loaded procedure is the correct one and then brief the procedure requirements including the missed approach.  If this change of procedure is due to a change of runway, then the flight crew may need to input new performance data for the newly allocated runway prior to the briefing.